Showcasing the talents of the Batang 641 community along with guests from other schools, Philippine College of Criminology (PCCR) held its annual JFAB Songfest, the country’s longest-running scholarship singing competition. For over thirty years, PCCR has provided access to quality education to the winners of the annual singing contest held at the Sta. Cruz campus.

To open the show, 2021 JFAB Songfest PCCR Category Grand Champion Erika de Guzman set the bar and the excitement level high with her rendition of Maymay Entrata’s “Amakabogera”. Because of the health situation and restrictions, last year’s contest was held virtually over the Official PCCR Facebook Page. This year’s contest finds itself back at the JFAB Gymnasium, but also broadcast live over social media.

The All Schools Category then started with Sharon Cuneta’s megahit “Bituing Walang Ningning”, which was sung by New Era University’s Charnie Ong Buaron. The second contestant, National Polytechnic College of Science and Technology’s Mary Joy Garado, followed with her take on Ryan Cayabyab’s “Tuwing Umuulan at Kapiling Ka”, with the version made popular by Regine Velazquez. Rizal High School’s Sofia Jasmine Balagot rose up to the challenge with her version of another Sharon Cuneta hit “Pangarap na Bituin”, as made popular by Faith Cuneta for the Korean Drama “Jewel in the Palace”. To finish the category, Canlubang Integrated School’s Hargie Valirose Ganza raised the roof with her powerful rendition of the Sampaguita classic rock anthem “Nosi Balasi” as remade by Tawag ng Tanghalan Season 2 Grand Champion Janine Berdin.

In between categories, 2021 JFAB Songfest All Schools SHS Grand Champion Bela Villapando of Polytechnic University of the Philippines Sto. Tomas Batangas inspired the audience with her take on the broadway classic “The Impossible Dream.” A member of the panel of judges for this year’s contest, the multi-awarded Villapando represented Malvar Senior High School in last year’s competition.

While scores were being tabulated, Vocal Coach of the Stars and one of this year’s judges Ms. Jeanne Velasco-Vicars belted out the Destiny’s Child song “Stand Up for Love”. The roster of finalists then took the stage as a group to sing the 90’s hit “Cool Ka Lang”, made popular by Prettier than Pink, the band led by PCCR’s very own President Ma. Angelica Lei Bautista. The President also gave her inspirational message to all attendees, as she thanked and congratulated the contestants for their performance. The final member of the panel of judges, 2013 JFAB Songfest Winner, 2017 XFactor UK contestant, and The Voice Philippines Season 2 1st Runner-up Alisah Bonaobra, also wowed the crowd with her version of Jordin Sparks’ “This is my Now”. This was met with a roaring applause and clamor for an encore, to which she obliged with the oft-covered hit “Maghintay Ka Lamang”.

With the results in, winners for both categories were called, to the excitement of the crowd. Taking home a full scholarship, a plaque, and five thousand pesos in cash, the powerful Hargie Valirose Ganza bested the other three finalists for the All Schools Category crown. Beating the four others to take home a four-year full scholarship was the youngest of the PCCR competitors, Almer Galgal.

Like a modern fairy tale, Galgal took home the crown despite the pressures of being a working student. The son of a fishball vendor, Galgal works as a company helper to pay for his college education, and will benefit from the four-year scholarship.

From an initial roster of over 58 auditionees, the group was shortlisted to four and five finalists for the All Schools and the PCCR categories, respectively. Each of the finalists, regardless of place, will take home a partial scholarship and a plaque, with the All Schools Finalists also taking home between two to four thousand pesos each. 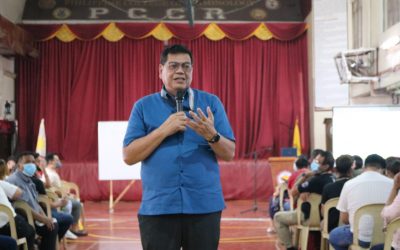 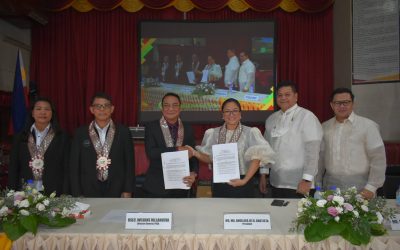 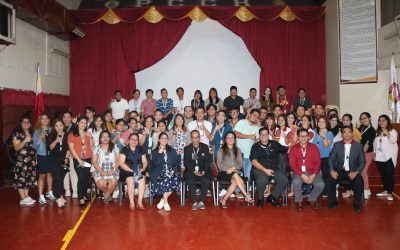